Three of the best figs for growing in short seasons have close ties with the foothills of high mountains in Europe: green/red Nordland from the Alps in Switzerland, yellow/red Brooklyn White from Mt Vesuvius in Italy, and the purple/red Mt Etnas from Mt Etna in Sicily. 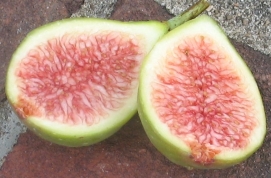 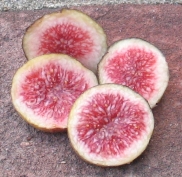 The Alps and Nordland: This green/red citric berry fig variety, known as Nordland in Switzerland where the towering Alps cover most of the country, is also known as Longue d’Aout in France and Cucumber in the US. Like Brooklyn White and Mt Etna figs, Nordland has a rustic exterior, as if it foregoes the energy needed to produce a pristine exterior and instead devotes that energy into maturing and ripening under less than ideal conditions. While some fig varieties gleam on the outside when ripe, Nordland can look like the plain or dusky plump cucumber after which it is sometimes named. Nevertheless, Nordland’s interior pulp is as brilliant as most figs, while its texture and shape is robust, and its flavor is berry sweet. Nordland: 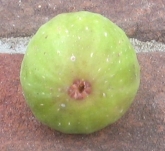 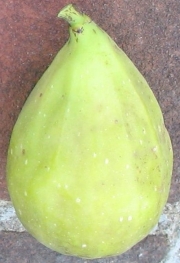 Mt Etna and the Mt Etnas: The purple/red berry punch Mt Etna fig variety may be the most common type of fig grown in ground along the US eastern seaboard from Boston to Baltimore because of the ability to ripen fruit the summer after severe winters. This fig traces to the foothills of Mt Etna, Sicily, where it is known as Mongibello. “Mt Etna” is an umbrella name. Some Mt Etnas traded or sold under many different names have been shown to be genetically slightly different from one another, while others seem synonymous. Mt Etna: 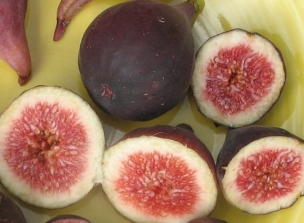 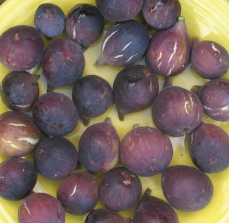 Mt Vesuvius and Brooklyn White: This yellow/red honey-berry fig variety is known in Europe as Naples White where it is named after the vast Italian city that sprawls from the base of Mt Vesuvius. As with Nordland and Mt Etna, Brooklyn White ripens thick and sweet and fruity, reliably, and is prolific and robust in suboptimal conditions, a sizable bright yellow fig. Because light figs (green or yellow) tend to be larger than dark figs and therefore may take longer to ripen, Brooklyn White is unusual (like the green-ripe Nordland) in being able to ripen as well as it does, as early as it does, in short growing seasons. Brooklyn White: 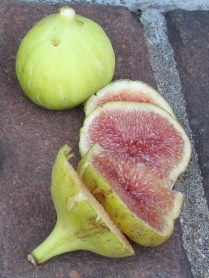 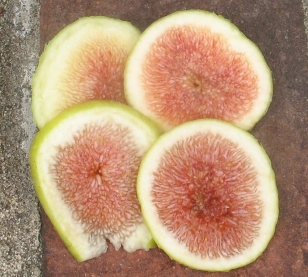